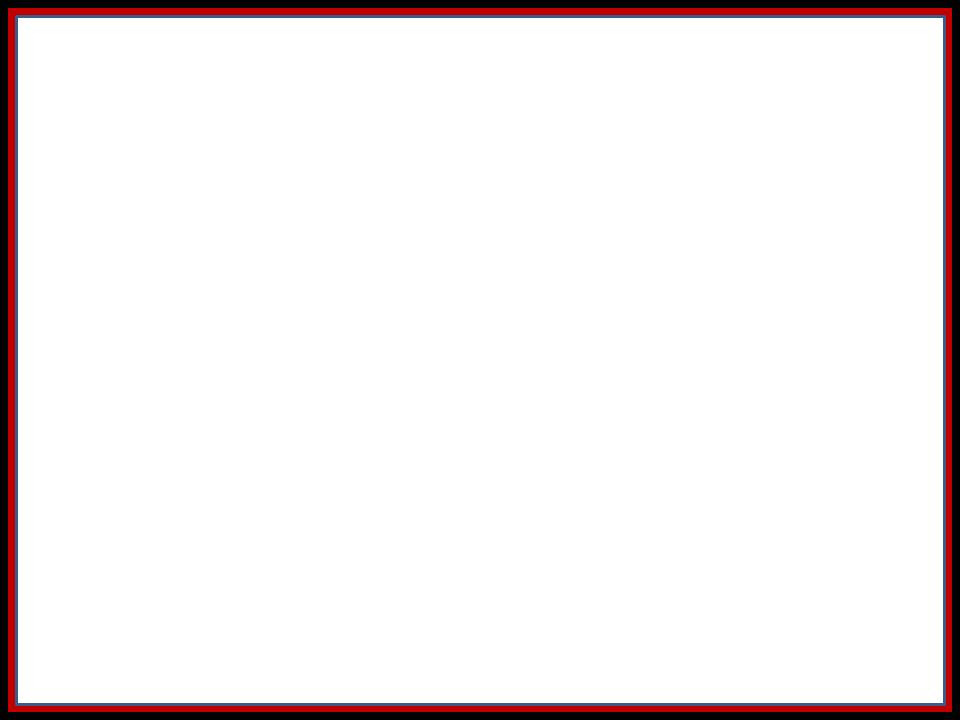 Katie began her career in law enforcement in 1997 with a large metropolitan law enforcement agency in North Florida. Over the past 20 years, she gained extensive experience in investigations specializing in economic crimes, child abuse, elderly abuse and sex crimes. She also served as a supervisor in the offender tracking unit and is also the Operations Director at RKT.

Rob started his law enforcement career in 1994 at the University of North Florida Police Department and was hired by the Jacksonville a Sheriff’s Office in 1997. Rob served as a field training officer for several years before promoting to the rank of Sergeant in 2004. After supervising in a patrol supervisor function, he went on to be tasked with supervision and training of the mounted unit. From there, Rob transitioned to a supervisor with the canine unit where he completed patrol and detector school and was assigned a dual purpose patrol and explosives dog. He also completed the canine instructor class during his tour with the canine unit. Rob achieved his general instructor certificate and then went on to achieve his instructor certificate in firearms, defensive tactics and vehicle operations. He is currently an adjunct professor at Florida State College Jacksonville where he instructs general basic law enforcement curriculum as well as the high liability areas. Rob is currently assigned to the homeland security division in the narcotics section where he supervisors a squad responsible for upper level narcotics investigations. He is also the supervisor of the clandestine lab and hazardous environment unit and is Level A certified. In his current assignment, he conducts training in firearms, tactics, surveillance and undercover operations. Rob is currently the Director of Training with R K Tactical and assists in developing curriculum and instruction. Rob currently instructs Surviving an Officer Involved Shooting, Tactical Narcotics, Mobile Surveillance, Canine Classes and Search Warrant Breaching for R K Tactical LLC.

Blair is the lead canine instructor for R K Tactical LLC. Blair started his career in canine work in the United States Airforce where he handled a work canine. He progressed to Kennel Master before transitioning to Law Enforcement. Blair started his Law Enforcement Canine experience in 1981 where he began working a dual purpose drug dog. He then transitioned to a dual purpose bomb dog after that. Blair became a trainer through the State of Florida at the Jacksonville Sheriff’s Office in 1985. He also achieved the title of PSP judge during his tenure with the Sheriff’s Office. Blair spent 25 years with the Canine Unit at the Sheriff’s office where he trained new canine teams, became a certifying official with NPCA and travels as an evaluator as well as selecting new police canines. Blair also became an adjunct professor at Florida State College Jacksonville where he taught general curriculum and firearms for Law Enforcement Officers. After retiring from the Sheriff’s Office, Blair went on to work for the railroad police where he oversees and trains there explosive detection canines. Blair was also one of the four instructors that wrote the manual that was adopted by the State of Florida as the training curriculum for State Certified Canine Teams.

Jeff is currently employed as a police officer with the Jacksonville Sheriff’s Office (JSO) and has been so employed since 2010. He is currently assigned to the Homeland Security Division as a detective where he is tasked with upper level narcotics investigations. Prior to his current assignment, he was assigned to a street level narcotics team where he investigated narcotics complaints and served high risk search warrants. Jeff is also an instructor at the Northeast Florida Criminal Justice Academy where he instructs general law enforcement topics as well as high liability courses. He is a firearms instructor and is tasked with teaching new recruits at the range. Jeff is also tasked with being one of the lead instructors for the Narcotics unit. He teaches and co-instructs class topics such as undercover techniques, drug identification, search warrant execution, search warrant breaching and vehicle assaults. Jeff is also assigned to the Clandestine Lab team and Hazardous Environments team where he is tasked with investigating and dismantling methamphetamine labs and is currently level A certified. Jeff currently instructs breaching school, Tactical Narcotics and other related topics for R K Tactical LLC

Gabe is a Police Officer with the Jacksonville Sheriffs Office (JSO) in Florida.  He is currently the Lead Defensive Tactics Instructor for the department and assigned to the N.E. Florida Criminal Justice Training Center.  He has 19 years of law enforcement experience including 14 years of instructional and curriculum development experience.

His experience as the Lead Defensive Tactics (DT) Instructor with the N.E. Florida Criminal Justice Training Center began in 2015.  He provides firearms training and guides the DT Unit’s curriculum for the over 2,500 Police and Corrections Officers who are employed with JSO.  Not only is he one of the agencies head weapons armorer, he also serves as one of the Department’s lead instructors in the topics of Active Shooter and Firearms, which includes developing and facilitating this training for JSO and surrounding agencies in Northeast Florida.

Gabe’s law enforcement career began with the Nassau County Sheriff’s Office, FL, in 2000, where he served for over 5 years as a Patrol Officer, SWAT Officer and eventual SWAT Assistant Team Leader, Field Training Officer, Criminal Investigations Detective, Narcotic Investigations Detective, and Traffic Motorcycle Officer.  His additional role as one of the SWAT training coordinators involved the monthly planning and training of the department’s SWAT Team in high liability topics such as Firearms, Hostage Rescue, High Risk Search Warrant and Armed Barricaded Subject.  In 2006, he was hired by the Jacksonville Sheriff’s Office, where he served as a Patrol Officer.  He was selected as a SWAT Officer in July 2011.  While on the SWAT Team he participated in the successful resolution of over one hundred critical incidents.  In January of 2015, Officer Rose resigned from the JSO SWAT team to focus on preparing for the Unites States Army.

In August of 2003, Gabe enlisted into the United States Navy Reserves as a Master-at-Arms.  While in Basic Training in Great Lakes, Illinois, he received the Rear-Admiral Keith Leadership Award and was selected as the Honor Graduate of his class.  While assigned to the Naval Security Force at NAS Jacksonville, He received numerous awards and accommodations which include a Naval Achievement Medal along with being selected as Blue Jacket Sailor of the Year in 2007.  In 2008, Gabe was reassigned to the Naval Criminal Investigative Services Southeast Field Office (NCIS SEFO).  While assigned to the NCIS, he obtained and currently maintains his TOP SECRET SCI Security Clearance.  Due to his extensive background in firearms and tactics, he was the units’ lead firearms and tactics instructor where he received his second Naval Achievement Medal.  On June 9, 2011, Gabe was Honorably Discharged from the United States Navy Reserves at the rank of E-5.

In August of 2010, Gabe attended the Federal Firearms Instructor Training Program (FITP-005) at the Federal Law Enforcement Training Center (FLETC) in Glynco, Georgia.  Upon completion of the course, he was awarded certificates for expert marksmanship, Distinguished Weapons Expert, and was voted “Most Wanted” by his Peers.

In August of 2012, he was selected to teach at the International Law Enforcement Academy (ILEA) in San Salvador, El Salvador.  He taught over 40 El Salvadoran Police Professionals Officer Safety/Awareness and Police Tactics.  Mr. Rose was the only Non-Federal Agent to be selected for this event.

In November of 2013, Gabe enlisted into the Florida Army National Guard.  While at Basic Training/One Station Unit Training (OSUT) in Ft. Benning, Ga., he was selected not only as his platoons (1st Platoon) Honor Graduate of the Cycle (Class 4018), but also the companies (B Company 1st Battalion 50th Infantry) Soldier of the Cycle, where he was awarded the Army Achievement Medal.  In May of 2014, Gabe attended Airborne School in Ft. Benning, Ga., where he earned is Airborne Wings on June 6th, 2014.  While assigned to the 3rd Battalion 20th Group Special Forces (Training Department), Mr. Rose attended Air Assault School at the Warrior Training Center in Camp Blanding, Fl., where he earned his Air Assault Wings on March 17th, 2017.   On November 14, 2017, Gabe was Honorably Discharged from the Army National Guard at the rank of E-4.

In December of 2017, Gabe returned to the United States Navy Reserves as a Master-at-Arms and was reassigned to the Naval Criminal Investigative Services Southeast Field Office (NCIS SEFO).  Mr. Rose currently holds the rank of First Class Petty Officer (E-6) and is the units Assistant Lead Petty Officer (ALPO).  Due to his extensive background in training and tactics he is the units’ lead firearms and tactics instructor.

Angela has been a prosecutor since 1981. She began as a line attorney responsible for prosecuting crimes ranging from misdemeanors to capital offenses. She served in several divisions and specialized in prosecuting homicides, gun cases and supervising other attorneys for over 20 years . She was also assigned to the homicide investigative unit for St. Johns and Putnam county where she participated as co-counsel in several first degree murder trials. In 2009, she was elected State Attorney for the fourth judicial circuit in the State of Florida. There, she  was Responsible for the prosecution of all state criminal matters in the circuit. She was ultimately responsible for over 100 ASA’s, over 250 support staff, and a budget of over $24 million dollars. Angela also served as the legal counsel at the Clay County Sheriff’s office.

Angela also has an extensive teaching and instruction background and is an adjunct professor at Florida State College Jacksonville. Since 1982, she has taught topics including Criminal Law, Case Preparation and Courtroom Demeanor, Constitutional Law, Search & Seizure, Interviews & Interrogations and Homicides. She also is an instructor for the Florida Prosecuting Attorneys Association, America Prosecuting Attorney Institute and the Florida Homicide Investigators Association where she instructed on topics ranging  prosecutors and police officers  Search & Seizure, Homicides, Death Penalty, Closing Arguments, Ethics, Domestic Violence to Justifiable Use of Deadly Force . Angela has extensive experience in prosecution and education that is only surpassed by her passion to teach Law Enforcement professionals. Angela Currently instructs Case Preparation and Courtroom Presentation, Search and Seizure and Use of Force Issues for R K Tactical LLC.

Our Expertise Comes From Experience